The Lynn Media Group founder, Colleen Lynn, began her graphic design career in Houston, Texas in 1991. Less than two years later, she was discovered by a small interactive multimedia firm, Hyperbole Studios. She quickly joined the group and moved to Seattle where they had established a relationship with Media Vision Technology. From 1993 to 1995 she led Hyperbole’s 2-D design team and helped create several groundbreaking CD-Rom titles, including Quantum Gate. Each title pioneered interactive storytelling and the art of multiple narrative outcomes.

In 1996, Ms. Lynn started her first design company, VainNotion, Inc. As the pace of technology picked up, so did her projects. She divided her time by teaching at the Art Institute of Seattle and working with technology clients. From 1996 to 1998, she designed prototypes for the Microsoft Future Home, including the SmartFridge and WebPhone. The Future Home is part of Microsoft’s Consumer Appliance Group, whose prototypes provide vision for emerging technologies, and help Microsoft identify business opportunities in the consumer market.

By late 2000, her client list had grown to include companies like Real Networks, Design Intelligence and Onvia.com. In 2002, Fullplay Media contacted Ms. Lynn to develop the user interface for a WinCE-based consumer device that hoped to alter how many Americans make buying decisions at music stores. The personal listening and viewing station, found exclusively at FYE outlets, allowed an individual to scan any in-store video, CD-Rom and DVD title and sample the artistic material. Over 10,000 units were later deployed to nationwide FYE retail stores.

The Path to Cause Related Activism

In January 2007, Colleen Lynn joined the 2008 Washington State grassroots Obama campaign and created the visual design for the group’s website. It was her first step into social activism and a shoe that proved a good fit. Later that same year, after suffering a vicious dog attack in her neighborhood, she started DogsBite.org, a public education website about dangerous dogs. DogsBite.org has since grown into a national dog bite victims’ advocacy group, widely cited by the U.S. media with nearly a quarter of a million page views per month.

Over the past fifteen years, Colleen Lynn has built a reputation for her innovative approach to customer experience, user interface and website design. Given her multifaceted skill set, there has long been a mutual attraction between startup businesses and existing entities coming online for the first time and Colleen Lynn. The establishment of Lynn Media Group, with a focus upon organizations that advance positive change — both nonprofit and for-profit — unites her many skill sets, aspirations and years of hands-on design and technology experience.

Colleen is wonderful and is the first person I call upon for any website design and development needs. She provides great design with a keen understanding of why, what and how a project needs to be done. She will listen, ask the right questions and then give her best work every time. 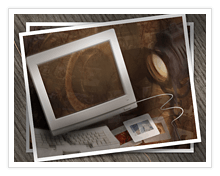 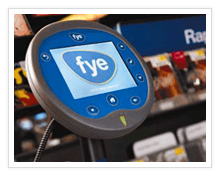